On his new album Solace, Alam Khan presents three spacious improvisations on the sarod. Recorded live at the Ali Akbar College Of Music, these alaps slowly unfurl to reveal the movements and characteristics of the ragas, and the powerful beauty within.

Coming at a time of turmoil for many across the globe, Solace is an opportunity for listeners to embrace a moment of peace and stillness. North Indian classical music is unique for its ability to conjure powerful nuanced emotional experiences, and to allow listeners to access deeply tranquil meditative states in which time seems to stand still.

As Alam explains, “Solace is something I think we could all use right now. In this fast paced and turbulent modern age, where distractions and triggers are more abundant than ever, people need the opportunity to slow down, calm their mind, and go inward.

“My father regularly spoke about how Indian classical music works to purify your heart and soul. After all this time, I feel the healing and transformative power of this music more than ever. With all the upheaval in the world right now, I wanted to offer something to help people slow down, go inward, and calm their minds.”

Long before New Age sound healing practices, and the emergence of music therapy as a discipline, Indian classical music has been used as a potent healing medicine. Raga Chikitsa, an ancient Indian manuscript dating back to the fourth century BC, outlines the way in which music can be used to heal. Similarly, the ancient system of Nāda Yoga holds that sound can be used to treat both spiritual and psychological conditions.

Alam belongs to perhaps the most prestigious dynasty in Indian classical music. It was Alam’s grandfather, Acharya Baba Allauddin Khan, who trained Alam’s illustrious father, Ustad Ali Akbar Khan – who is regarded as one of the finest musicians of the last century – along with Ravi Shankar. Together, Ali Akbar Khan and Ravi Shankar introduced North Indian classical music to Western audiences, and established a global platform for the music.

Ali Akbar Khan was regarded as a ‘National Living Treasure’ in India. He recorded the first LP of Indian Classical music in 1953, was nominated for five Grammy awards, received the prestigious NEA fellowship from First Lady Hillary Clinton, and became the first Indian musician to receive a MacArthur fellowship (or ‘genius grant’).

Ali Akbar Khan’s careful crafting and guidance shows in each note as well as in Alam’s imaginative way of expressing the ancient ragas passed down from the courts of Emperor Akbar by Mian Tansen in the 16th century. Alam’s performance career began by accompanying his father onstage, internationally, from 1996 to 2006. They played in such prestigious venues as the Royal Jodhpur Palace, the Dover Lane Music Festival in Calcutta, and New York’s Lincoln Center Jazz festival, as well as highly acclaimed concerts all over the United States, Canada, Europe and India.

Along with accompanying his esteemed father, Alam’s inner voice began to emerge and grow with his solo career, which began in 1998. He has toured worldwide and established himself as Ali Akbar Khan’s true heir and the face of a new generation of Sarod players, attracting praise and attention from musical icons such as Ravi Shankar, Carlos Santana, Derek Trucks, Ustad Vilayat Khan, Pandit Shivkumar Sharma, Pandit Buddhadev Dasgupta, and many more of India’s finest musicians.

Alam has had the privilege and honor of performing alongside some of India’s greatest Tabla masters – such as Swapan Chaudhuri, Zakir Hussain and Anindo Chatterjee – in a constantly growing list of highly reputed venues, including the Dover Lane Music Festival, Saptak, Darbar Festival, and the Carnegie Group in NYC.

With Solace, Alam has provided an incredibly powerful and cathartic musical experience exploring the transformative world of “Alap”. This is an album that transcends labels, with a deep emotional resonance that will be enjoyed by all lovers of music. It is an invitation to sit still, be present, experience the unfolding beauty of Indian classical music, and to connect with the healing grace of the timeless and the divine.

Alam Khan’s Solace is out 31 July through Worlds Within Worlds. Hindol Hem is out now. 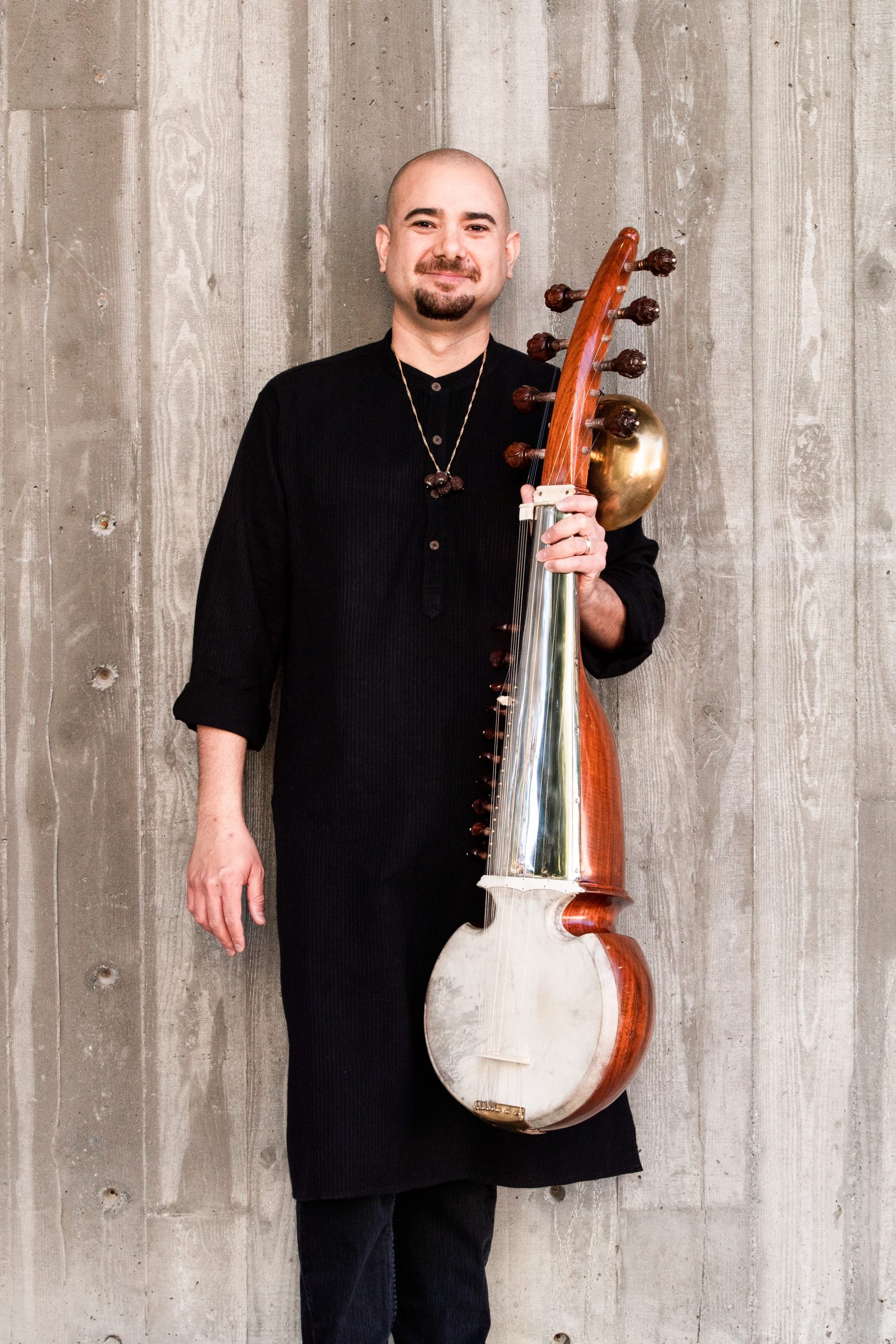 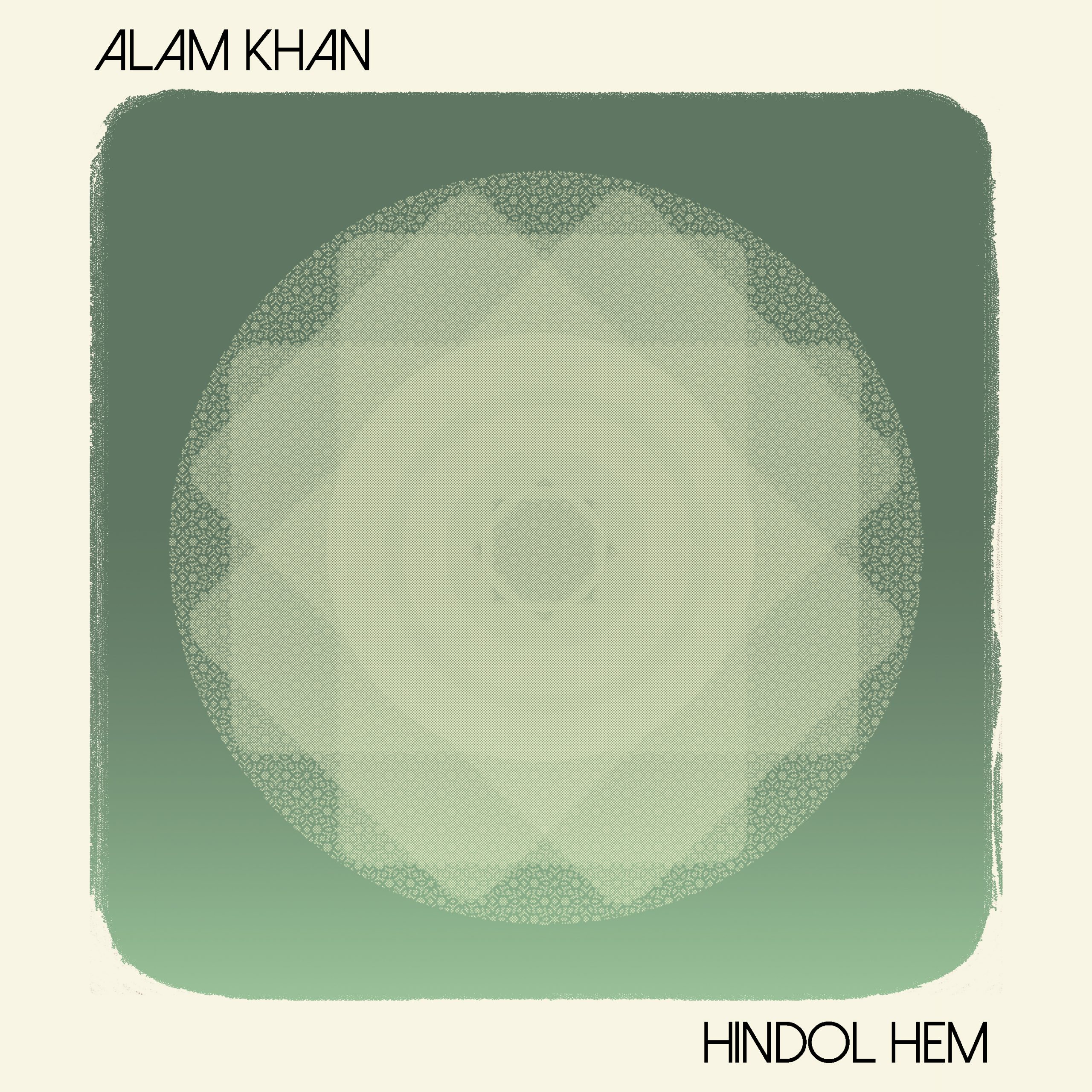