Qais Essar’s ‘Vesper’ is a way to introduce classical music to a new audience, and a new generation

On Vesper, Qais Essar (rabab) and Anupam Shobhakar (sarod) present three evening ragas – Raga Lalit Gauri, Raga Yaman, Raga Charukeshi – in compact form. The fact that the pair  are ‘guru bhais’ (brothers studying under the same guru) only adds to the special nature of this release.

The short format of the recording harks back to the era where ragas were condensed to fit 45RPM records played on gramophones and record players. The first two pieces, Raga Lalit Gauri and Raga Yaman, are presented in a pure and traditional classical manner. The final track, ‘An Ode to Who We Were’, is a progressive interpretation of Raga Charukeshi drawing from Western harmony and South Indian Carnatic music.

“This is a way to introduce classical music to a new audience, and a new generation,” Qais explains. “This idea is not new. The greats started performing compacted ragas for 45 rpm vinyl decades ago. I am following suit in attempting to create bridges for people to cross so that they can discover the beauty of Indian classical music. This is merely a portal.”

Qais Essar’s ‘Vesper’ is out now on Worlds Within Worlds 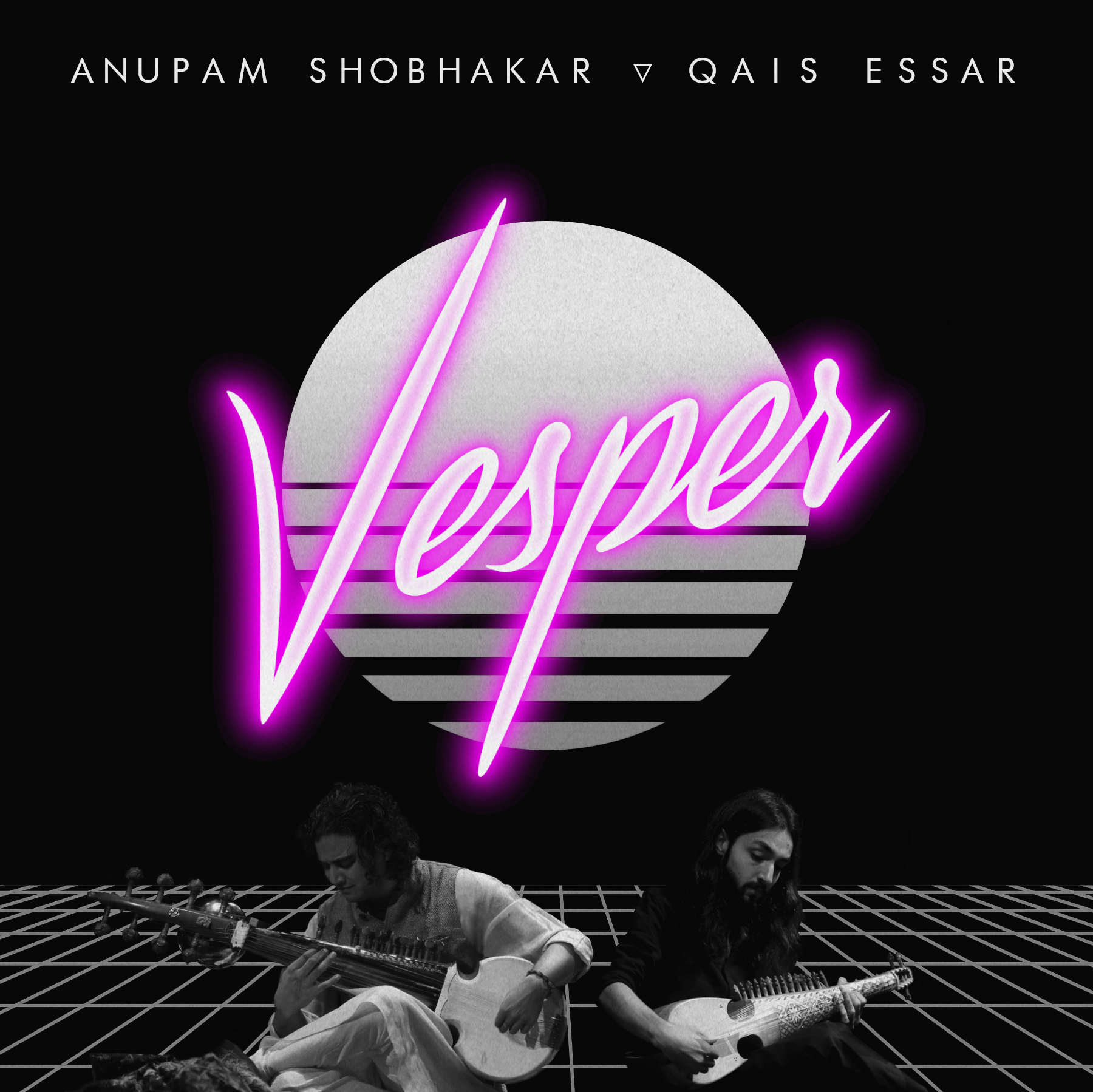