Skip to content
Hanin: Field Recordings In Syria 2008/2009 – a snapshot of the diverse music and culture of pre-war Syria. All profits from this release will go directly to the musicians featured.

Last month, the conflict in Syria passed into its tragic tenth year. For many, the word Syria has become synonymous with conflict, with images of gunfire and shelling dominating news coverage. But what has been lost is the humanity of Syria’s many, diverse people, along with an understanding of their rich history and multitude of cultures – all of which endure in spite of the conflict.

In response, Worlds Within Worlds has worked with film-maker and musician Michel Gasco to release Hanin: Field Recordings In Syria 2008/2009, a compilation which provides a snapshot of the diverse and vibrant music being created across the country. This collection features a range of classical, religious and folk musical performances and showcases some of the Levant’s most important instruments like the oud, the Syrian electric buzuq, the qanun and the ney – as well as a range of vocal, solo and ensemble recordings.

Opening with an improvisation from the acclaimed qanun maestro Ghassan Ammouri, the Ornina Ensemble then move to perform accompanied by the recitation of a poem from 14th century Yemeni Abdul Rahim Al Borai. As the album progresses, we hear a traditional piece from the Bedouin people of the Syrian desert, performances from acclaimed oud virtuosos, traditional ensembles and renown vocalists, and finally, a rare recording by followers of the Druze religion, who live in As-Suwayda province in Syria’s south-west.

These recordings were made in 2008 and 2009 by Spanish musician and film-maker Michel Gasco (Orontes, Badieh), under a grant from the Spanish Agency of International Cooperation and Development, with the intent of helping create a cultural dialogue between Syrian and Spanish musicians.

“I ended up living in Syria for two years between 2008 and 2011”, Michel recalls. “It was an amazing feeling being there. I would wake up in the morning, take my oud and walk the streets of Aleppo or Damascus. I would have oud lessons with players like Mohammad Qadri Dalal or Hussein Sabsaby, or else spend hours at Ayman Jesry’s oud workshop in Aleppo. I will never forget the beautiful time I’ve spent with my dear friend, singer and oud player from Homs Issa Fayad, who very often would take me to his friends houses to have a night of live music.”

Asked about the importance of this release, Michel explains, “Syria is one of the cradles of civilisation. Many empires have left their footprint here, and you can still find those footprints in their food, their architecture and the music. But importantly, Syria is not a stagnant place, or an open air museum for us to go and contemplate. Syria is a country with great artists moving forward, creating new ideas and sounds while at the same time are preserving their marvellous traditions and past.”

“To me, music is an instrument of understanding – it doesn’t matter where you are from, if you understand the lyrics or not. Music can move you, touch you, and if you are curious enough you may end up reading and learning about the peoples and cultures where those songs that you like come from.”

Sadly, after 10 years of conflict, half of the musicians featured in this collection have been forced to leave the country, and now live in countries like Lebanon, Turkey, Germany and Canada. Michel has maintained with all of them, and we are committed to ensuring that the profits from this release go back to the musicians who perform on this recording.

We sincerely hope that this compilation will help open your heart and mind to the people of Syria.

Michel Gasco’s Hanin: Field Recordings In Syria 2008/2009 is out now on Worlds Within Worlds. 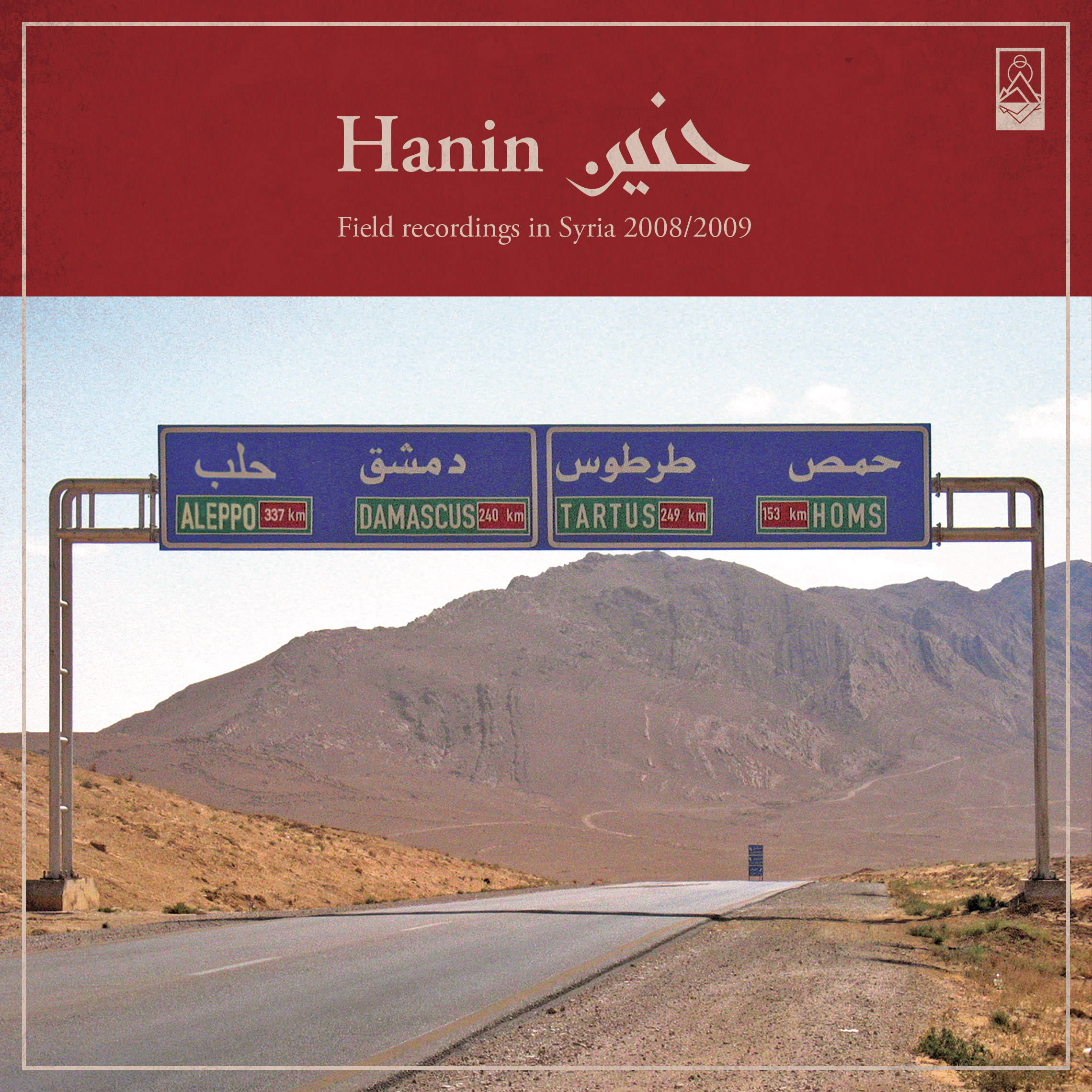