Worlds Within Worlds is proud to announce the release of David Hush & Hamed Sadeghi’s Harmony – an atmospheric endeavour into east-meets-west minimalism.

This duo project between Hush and Sadeghi takes two instrumental masters pairing piano and tar to create 10 tracks of suspenseful, meditative and contrasting music. While Hush’s delicate piano taps subtle influence from the likes of pianists Bill Evans and Keith Jarrett, Sadeghi’s brooding tar comes inspired by great tar maestros such as Ustad Hossein Alizadeh and Ustad Ali-Akbar Shahnazi. Their final influences, however, are each other – this album being fruit borne from mutual respect.

“After hearing a duet I had written played by mutual colleagues in 2017, Hamed sent me an email to ask if I were available to give him lessons in composition,” begins Hush. “While the lessons went well, after a few weeks we had to stop owing to Hamed’s commitments as a touring musician. The following summer I wrote the five duets for piano and tar that we recorded later in the year. After our first trial recording, I sent Hamed an email stating my unqualified admiration for his playing and creativity. Hamed returned the sentiment. The title “Harmony” thus takes on an additional reference: namely, to the artistic and spiritual rapport between two musicians from different musical cultures.”

Serving as a bridge of atmospheric wonder between two worlds, Yes is the first single from Harmony. As Hush’s piano opens up the song with a smooth developing form, Sadeghi’s tar eventually arrives, taking the listener to a far-away place. His performance on the song seems a thousand miles away from the warmth of Hush’s piano, but nonetheless a keen ear will still hear compositional and note similarities between each instrumental performance – proving that the two are more similar than different, despite their influences and instruments.

“The genesis of this piece took the form of a question that I asked myself before writing down any notes;” begins Hush, “ ’Is it possible for something positive to come out of 2 major seventh chords?’ The answer became the title of the new piece.”

Outside of the contemplative soundscapes, Harmony’s juxtaposition of piano and tar draws the cultural and theoretical differences of each instrument into the spotlight. Neither shadow each other, rather they shine and amplify their opposing element in the way sunlight illuminates the surface of the moon. Never a more apt name could have been chosen for such a project, as Harmony shows that two different musical languages can still unite under a similar spirit. 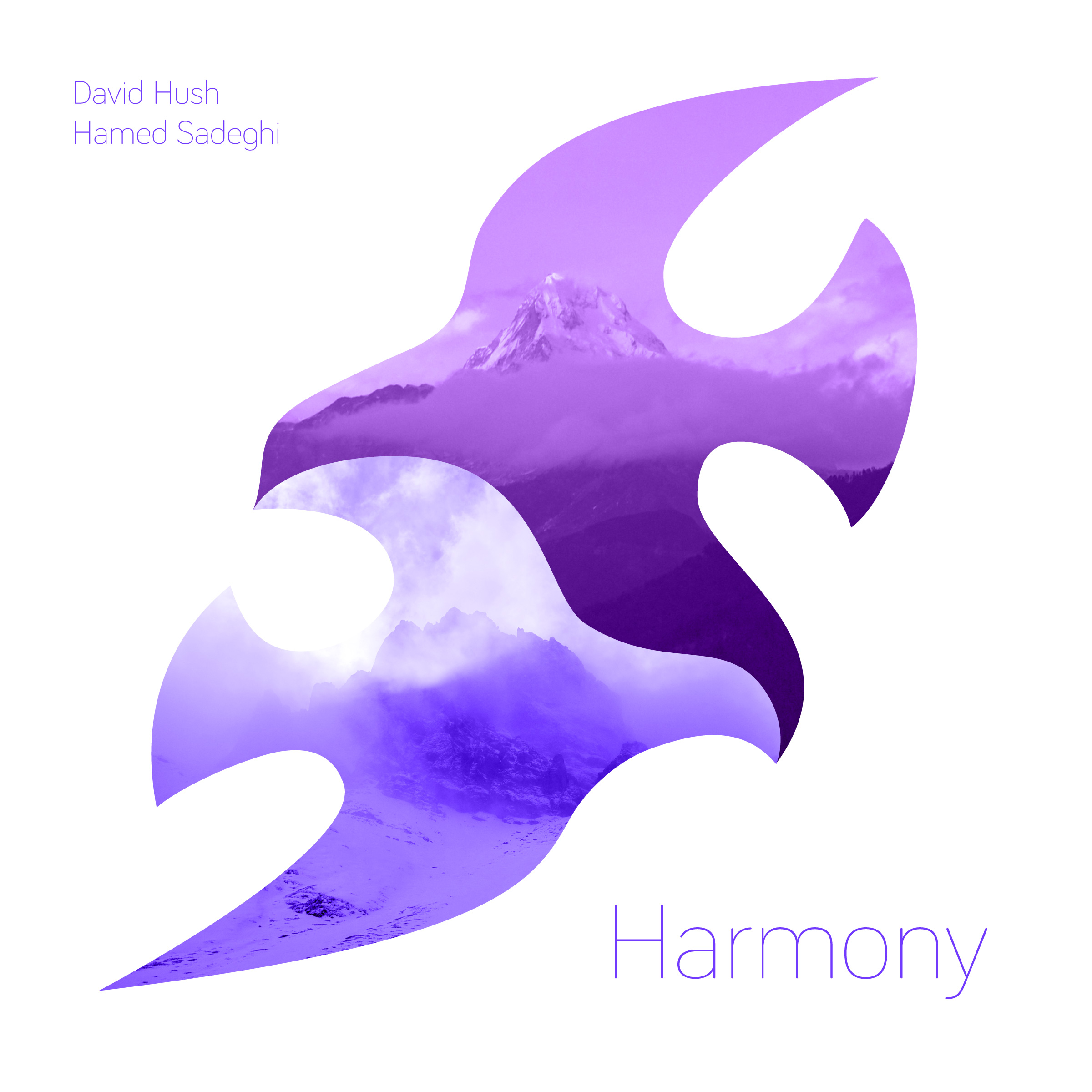